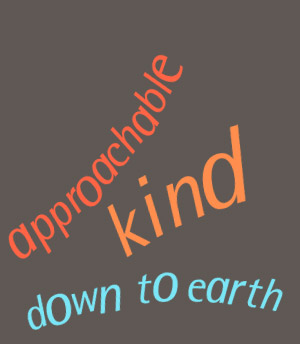 Alan S. Questel is known for his clarity, creativity and down to earth style of teaching. He brings a depth of understanding, humor and a gentle human perspective to the learning of the Method and creates lively conditions for learning.

Trained by Dr. Feldenkrais (Amherst 1983), Alan has lectured and taught at hospitals, colleges and FELDENKRAIS® Professional Training Programs throughout the U.S., Mexico, Australia, New Zealand, Europe, Japan and Canada, teaching people from all walks of life.

An actor before becoming interested in the FELDENKRAIS METHOD®, Alan worked and toured with Jerzy Grotowski (My Dinner With Andre) and Paul Sills (Second City, Chicago and Story Theatre).

He became an Assistant Trainer in 1986 and earned his accreditation as a Trainer in 1994. He has taught in over 40 FELDENKRAIS® Professional Training Programs worldwide.

One of his great interests is the embodiment of creativity and he has developed a body of work for performers utilizing the FELDENKRAIS METHOD®. Alan sees the FELDENKRAIS METHOD®as a means for individual maturation, and aspires towards making this appreciable and concrete for his students both in training programs and in his practice.

I came to the FELDENKRAIS METHOD® through my own back injury, from doing sit ups the wrong way. I slowly recovered only to injure myself again while wallpapering my acting teacher’s bathroom (how I made a real living as an actor). I sought relief through chiropractics, which unfortunately made it worse. I had heard about the FELDENKRAIS METHOD® and had read one of Dr. Feldenkrais’ books, and while his thinking made sense to me, I couldn’t make much sense out of the movement lessons. Still in pain, I finally went to see a FELDENKRAIS Practitioner. He didn’t seem to be doing much of anything with me. While I was lying on a low table, he made small gentle movements with me. I was convinced that this was going to be a waste of time and money. I kept waiting for him to begin until I realized the process was already over. And then I stood up and realized that I had no pain! I asked him ’What did you do?’ He said, ‘You did it!’ I asked him again and he replied by telling me he was helping me do what my body was doing. ‘So it’s a secret!’ I thought, hmmmmm. But something in me was very different. So different that a few days later, still without any pain, I found myself driving in New York City on the FDR Drive (imagine a pinball machine with cars) and found that I was no longer getting angry when people were cutting me off. How could this be happening? I had no idea, but I kept thinking that the FELDENKRAIS lesson I had done had something to do with it. Intrigued, I went to see him again, to try to figure it all out. He did completely different things with me, still small, slow and gentle movements, but nothing that he had done previously. At the end of the session he told me, when I was ready, to roll to my side and come to standing. I slowly rolled my head ‘No’. He asked me why and I told him that I didn’t want to go where I was going, which was to give an estimate on a carpentry job at my uncle’s office. At that moment I realized that I hated doing that kind of work and no longer wanted to do it. It was like seeing myself clearly in a mirror for the first time. I returned one more time (again to find nothing familiar-except the quality of touch) and decided that this would be something I could do, part time, that I would enjoy, while still pursuing acting. I was fortunate to get into the third and last teacher training that Dr. Feldenkrais taught and spent the next 4 years preparing myself for a career that has taken me all over the world and the chance to work with people from all walks of life. Honestly, I had no idea what I was getting into, but I have been happy and fulfilled with my choice ever since.

Sign Up To Get Your Free
Monthly Awareness Through
Movement Lesson!